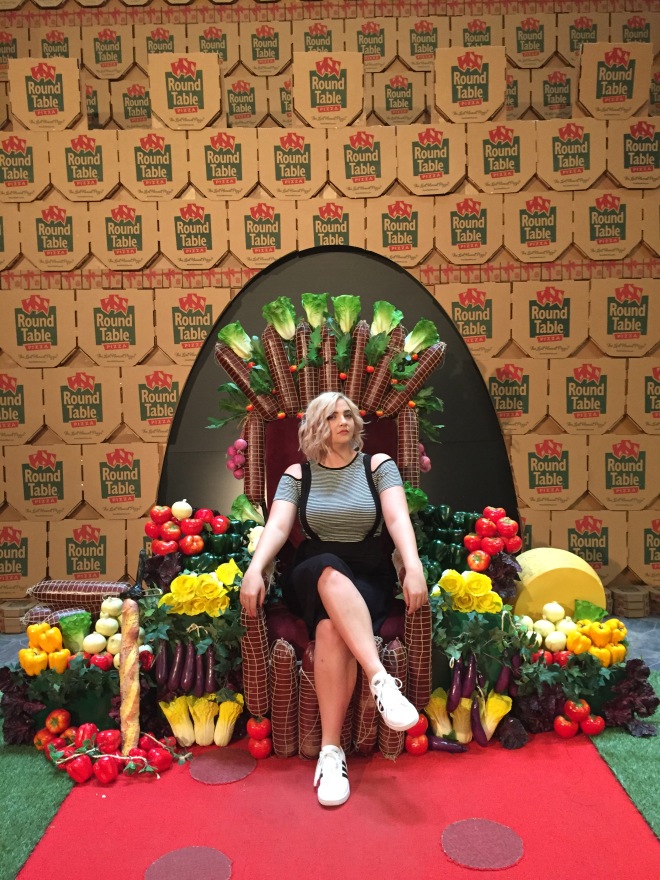 Posted on November 8, 2018 by stylesbysally
I’m baaaacccckkkkkkk! It’s been a while but there’s been a lot going on so lets jump right in

A few weeks ago I went to a pop up museum in Pasadena called the Pizza Experience, and it was such a blast! 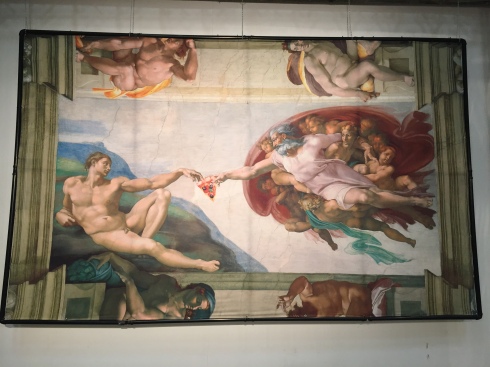 My friend Diana and I were walking in Pasadena and saw the marquee and bought tickets (they were abut $30). When you get your ticket you get a time slot, and there were only 2 other people in our time slot so we basically had the place to ourselves. 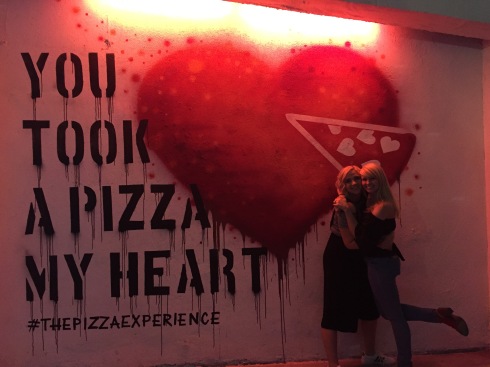 There were 9 rooms, all with a different theme. I don’t want to give the whole place away, but I’ll share a few!
One of my favorite rooms was the gym, there were treadmills and bicycles with little stuffed pizzas hanging in front of them, and dumbbells made out of pizzas and a lot of funny pizza puns on the walls. One of them said, “I’m into fitness, fitness this whole pizza in my mouth!” 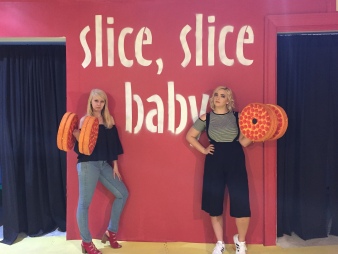 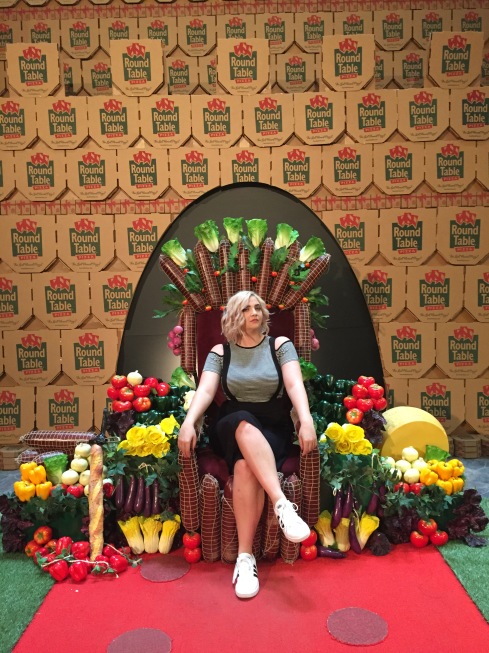 AND THEN…There was a room where everything was pepperoni pizza. Shower curtains, carpet, bedding, notebooks, clothes, lights, an umbrella. EVERYTHING. 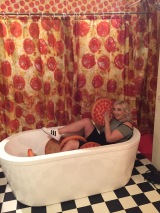 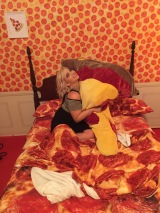 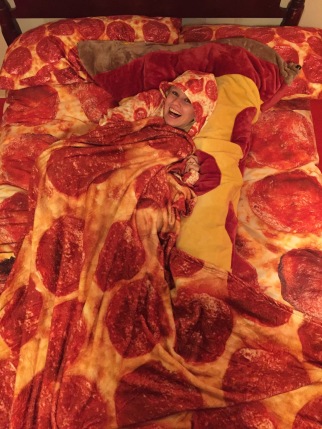 There were a lot of other fun things in the other rooms, pizza tossing, airplanes to fly in, a crystal ball! We also walked out of there with 3 slices of pizza and a soda in our tummies. 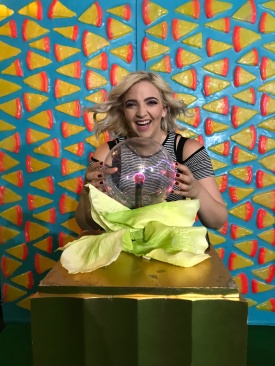 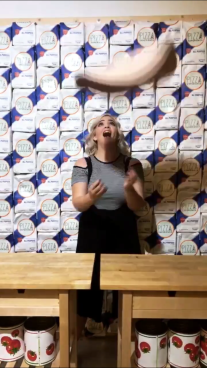 All in all, it was a BLAST. It took about an hour to go through all the rooms and we laughed our way through the whole thing. I would defiantly recommend going with a friend who makes you crack up because I would not have had as much fun as I did if I didn’t.

Well, we’re off to explore the land of pizza! 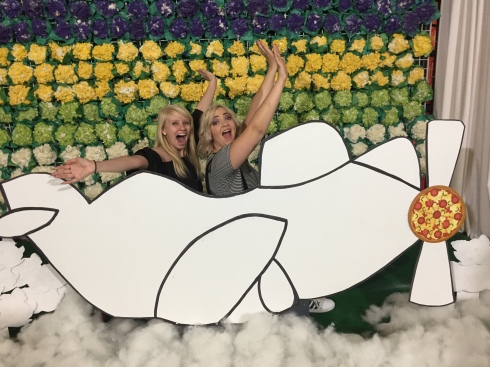